This exhibition is a tribute to the Indian armed forces. It is meant to educate, inspire and motivate the Indian youth and visitors from across the globe to learn about the contribution and sacrifice made by our men. Their bravery and valor should not only be appreciated but be part of our life. Through art, we have tried to explore their culture and stories, and most importantly their emotions. There is no better way to portrait emotions than through art. The artworks are not meant or created for the same purpose but provides a unique perspective paying tribute to the Indian Armed Forces through thought-provoking and inspiring artworks.

This exhibition is a tribute to the spirit and culture of Indian soldiers who are focused and dedicated to seeking the good name of our country and the regiment they belong to, loyalty to the salt they are indebted to their motherland and protecting the Indian flag along with their regiment’s flag from the enemies. 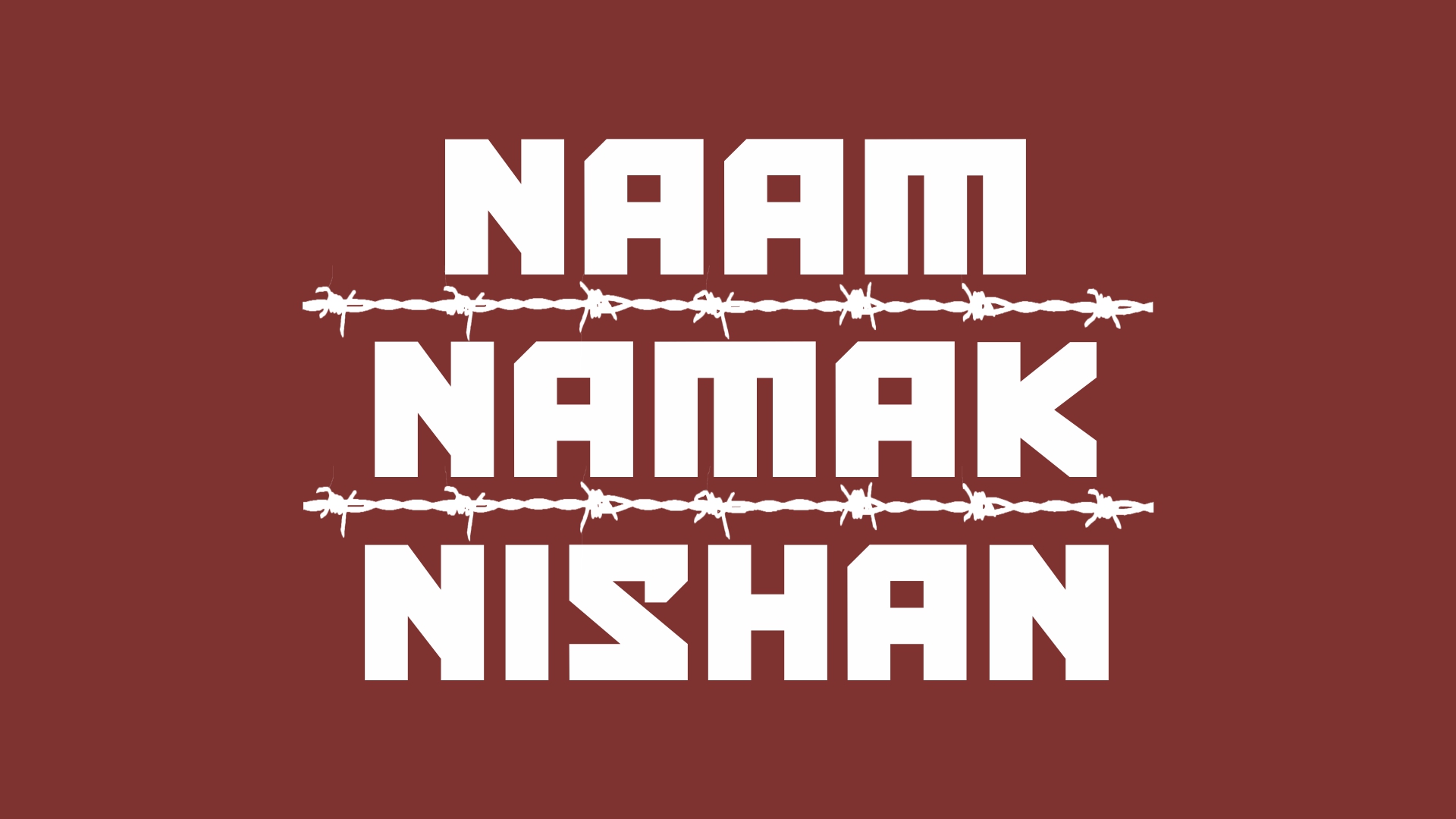 Indians and their anecdotes of bravery are not new to the world. The Sikhs, Rajputs, Maratha’s, and the Ahom empires have proved their valor over time and again. It motivates us and inspires the generations to come by listening to their stories.

During the British Raj, brave Indian men fought on behalf of Britain all over the world including the first and second world war. It is said that Hitler was so impressed with the Gurkha regiment that he mentioned, that if he had the Gurkha regiment in his army he would have captured the whole world.

Our army personnel is not only known for their guts and glory but for their dignity, loyalty, and trust. Given a chance, our ethical force doesn’t even cross the LOC, though part of our own territory. The world’s largest military personnel are highly qualified and skilled. These gentlemen can win any war by just defending. India has never attacked, but when we attack our enemy cannot defend themselves. That is why, we say defense forces and not attack forces, I guess.

There are many similarities between an artist and a soldier. They both possess creative power where one conveys himself with a gun and the other with a brush. One on canvas, and another on the battlefield. Both protect the culture and pass on the tradition, heritage and legacy.

Mind being their real weapon, one is able to paint the soldier on canvas because the soldier out there is protecting the boundary of our nation. Through this exhibition, we try and go Beyond War, Exploring Emotions. 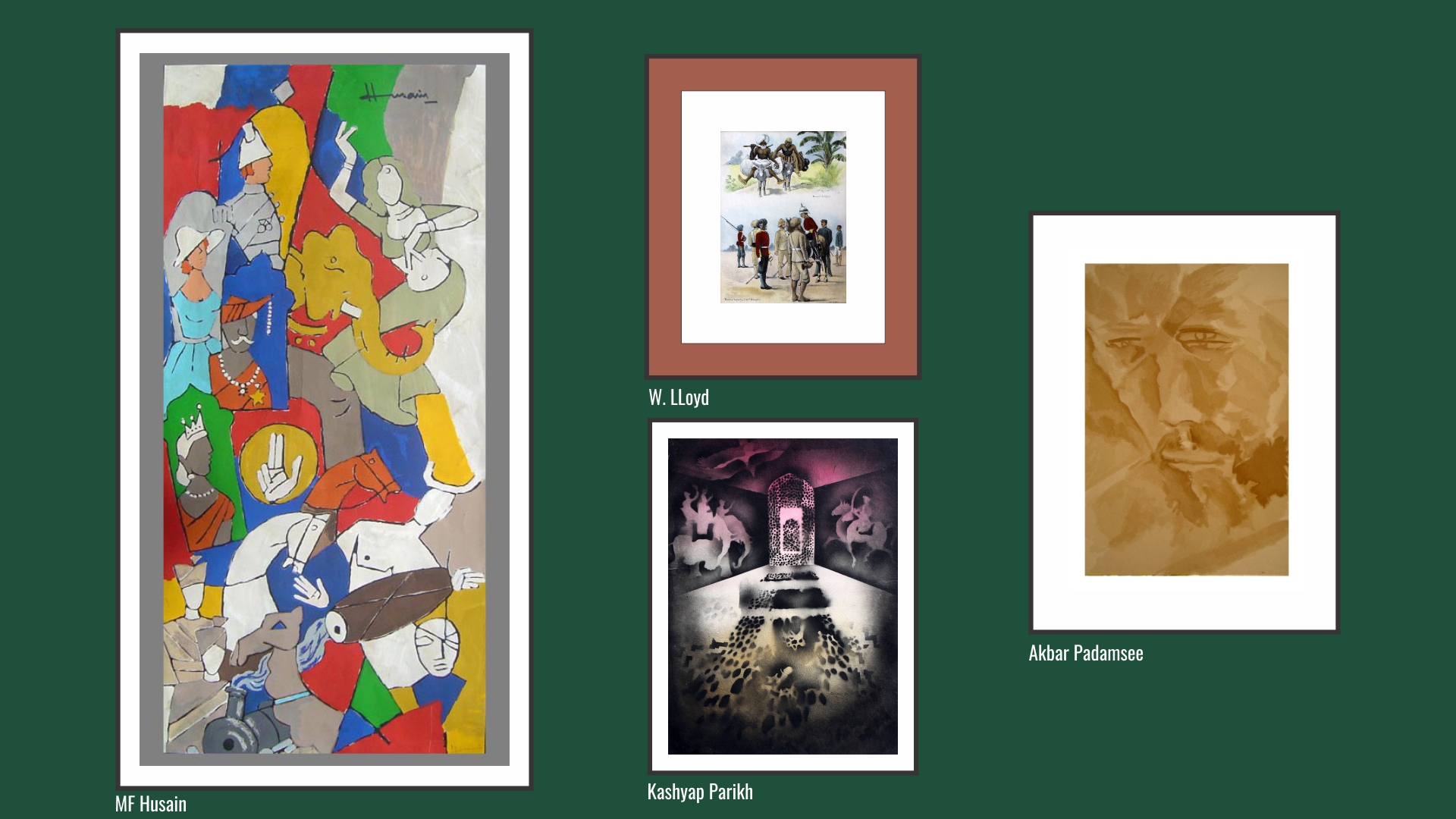 The Indian army’s culture is no different from the Indian traditions. From the war cry ‘Durga Mata Ki Jay’ (J&K Rifles) and ‘Jai Ma Kaali, Aayo Gorkhali’ (Gorkha Rifles), to building temples of Kuldevi, Hanuman ji, Ganesh ji, and here we have temple of Ma Nadeshwari who blesses and protects the soldiers.

The spiritual power and blessings give them the strength to fight and win over evil. The universal force strengthens the mental and physical power of young soldiers which helps them to fight in any given condition, any amount of enemies and opposition power. The beauty of this cultural and devotional amalgamation leads to all religions being treated equally. 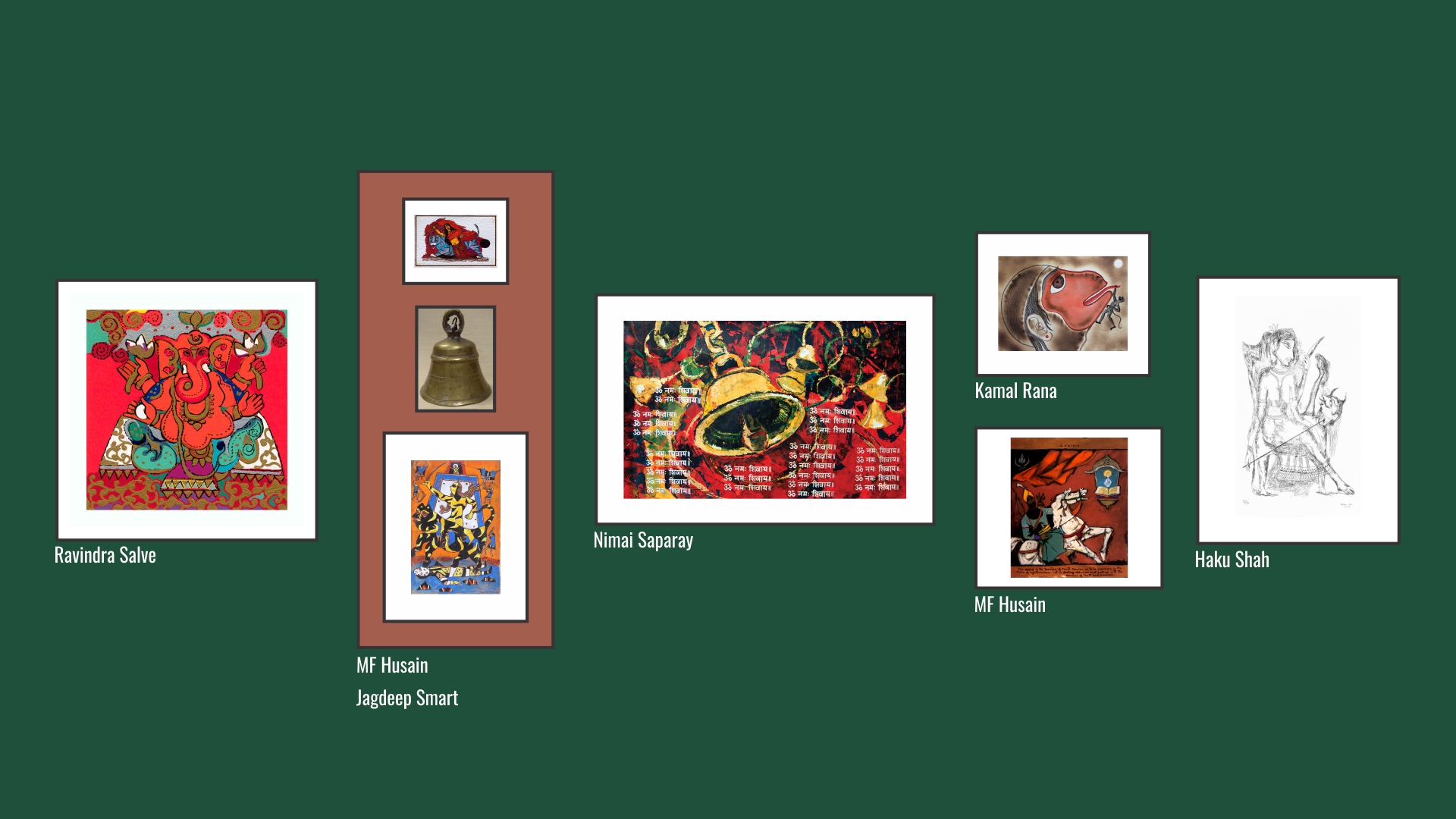 Apart from physical strength, a soldier’s mental strength is equally important. A soldier has to perform under immense stressful conditions where decisions are made in fractions of seconds, with every microsecond witnessing tonnes of action from all sides. In such a scenario, one’s mental strength proves to be his greatest asset. If the willpower is shaken, half the battle is already lost.

The focus is very clear while defending our land, Ek Goli. EK Dushman. It is their dynamism in quick decision-making that can not only change their fate but their colleagues, regiment, and 1.3 billion of us. To Think ahead of their enemy, their mind itself is their biggest weapon protecting Bharat Mata. 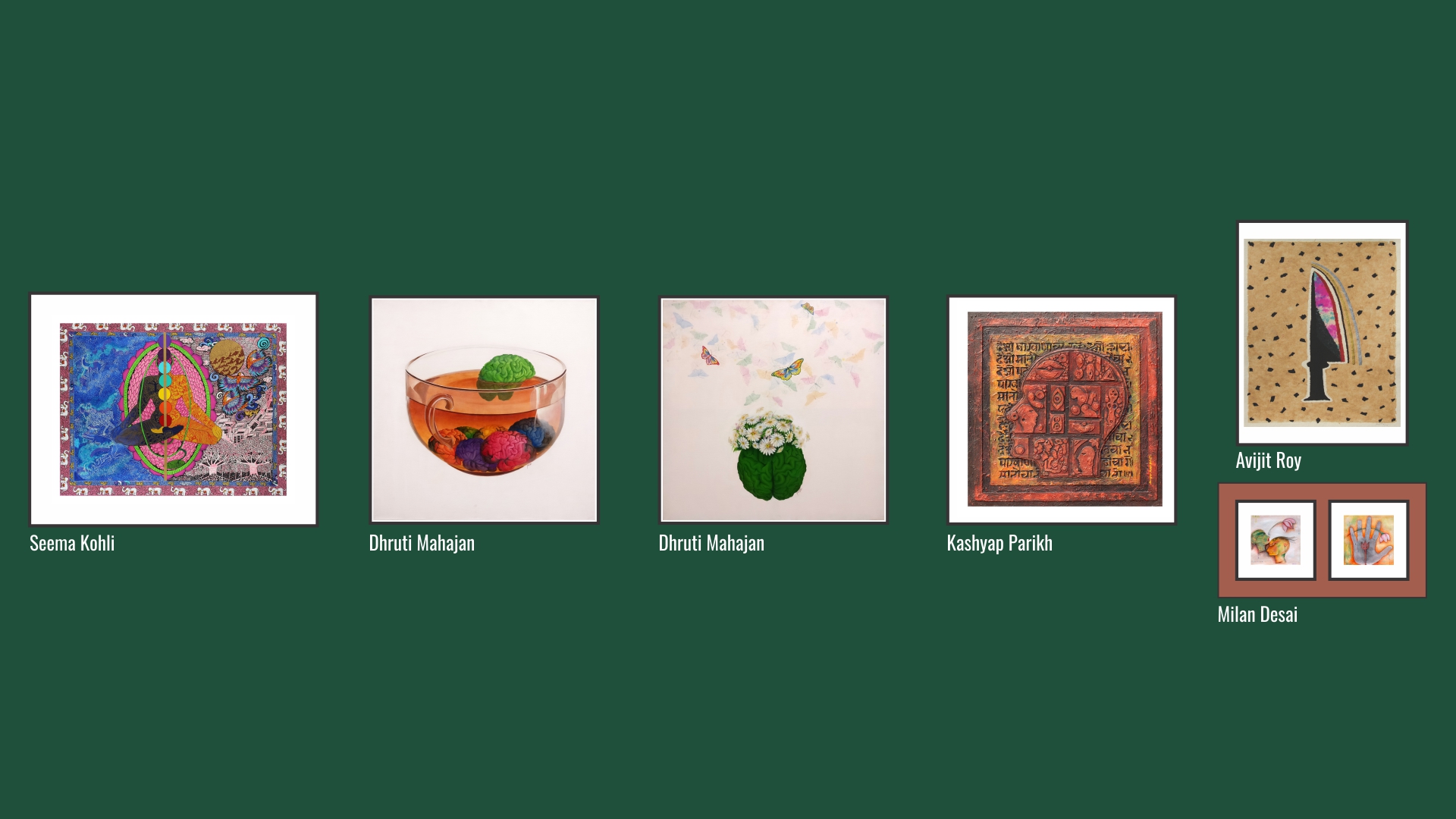 Sport is not only an extension to strengthen the health of a soldier but also to develop their mental alertness. Along with that, it nurtures the spirit of brotherhood and teamwork in the regiment. Games like Chess, Rowing, Football, Golf, Kabaddi and others create a competitive environment helping to develop unique war tactics.

It also helps them bond together and a team spirit is developed which during the war results in being unite and win over the enemy. Our army personnel have won several medals at the Olympics, Commonwealth and Asian Games, and several International and National tournaments. 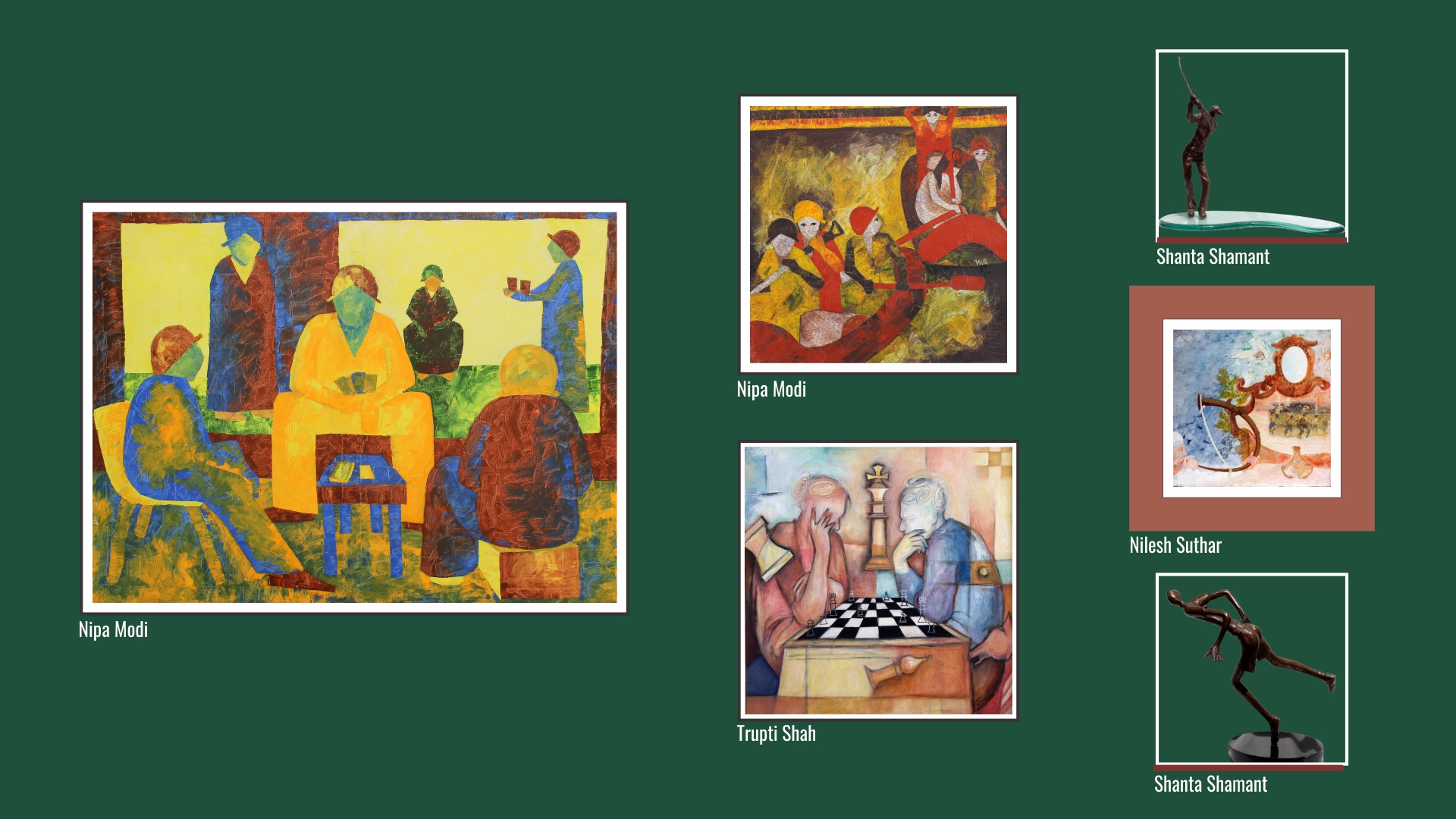 The Indian Armed Forces believes in the all-round development of its soldiers not leaving behind the field of arts and culture. Activities like these, help them pursue their hobby, talent and develop a fine taste making them gentlemen and men of class.

Every soldier is physically and mentally fit at any given point in time. But with intense training and hard work, there is a need for refreshing oneself and that “Me Time” is in the form of Entertainment. In regular practice or in between breaks during wartime, singing and dancing to different films and folk songs, not only relaxes their mind but also helps in developing a camaraderie with their fellow mates and essence of nostalgia of their native places. It is this kinship that helps them to coordinate and bond over the battlefield resulting in victory. 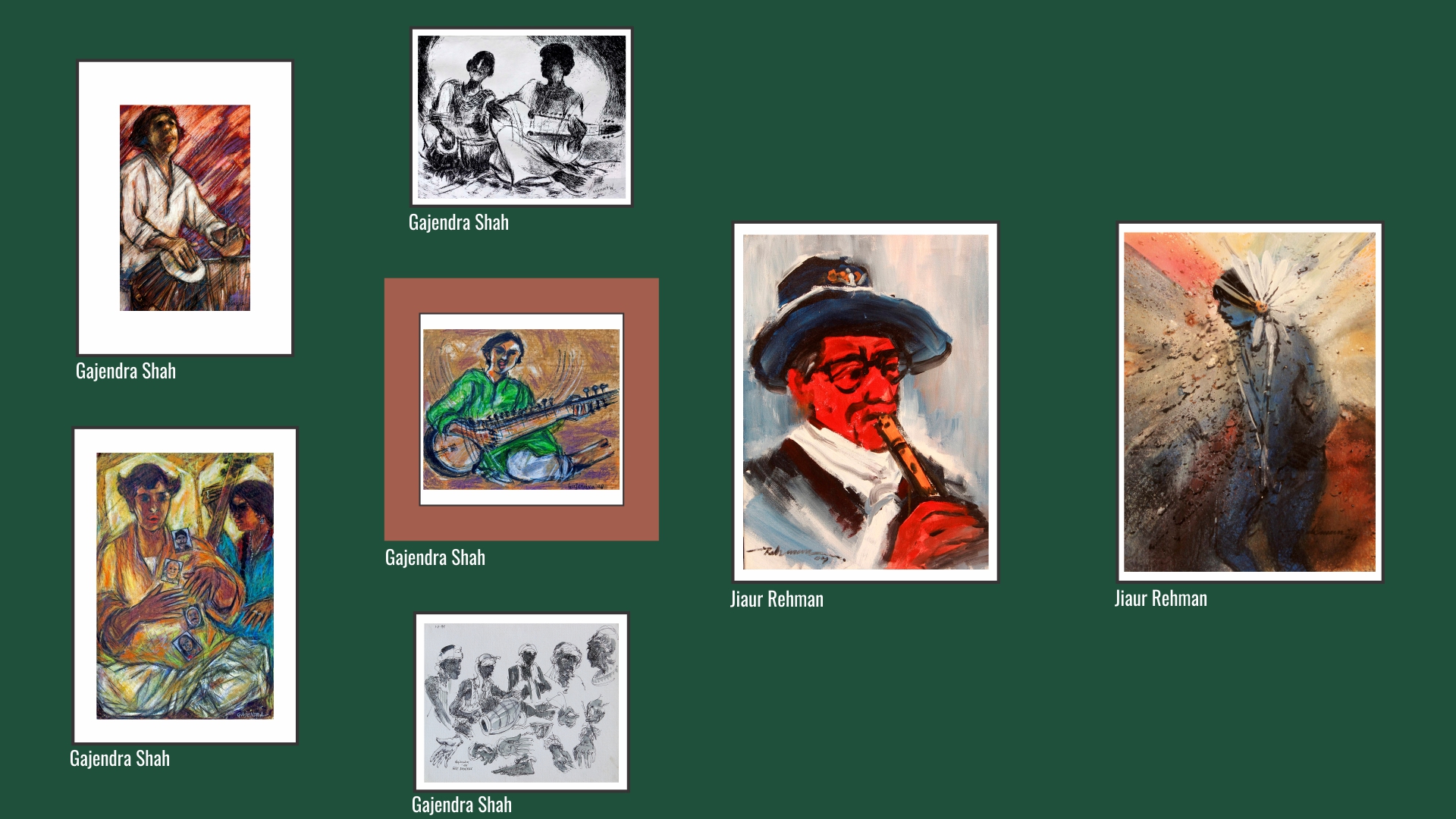 To think, act, and adapt to changing and challenging situations requires a fit and healthy mind. For that, a well-balanced diet helps the soldier with good stamina and have mental mobility. A soldier has to fight in different terrains in tough weather and during that period of time food is vital for his power and survival. A simple chilli and a roti taste like sweet pudding when surviving under immense cold or heat. 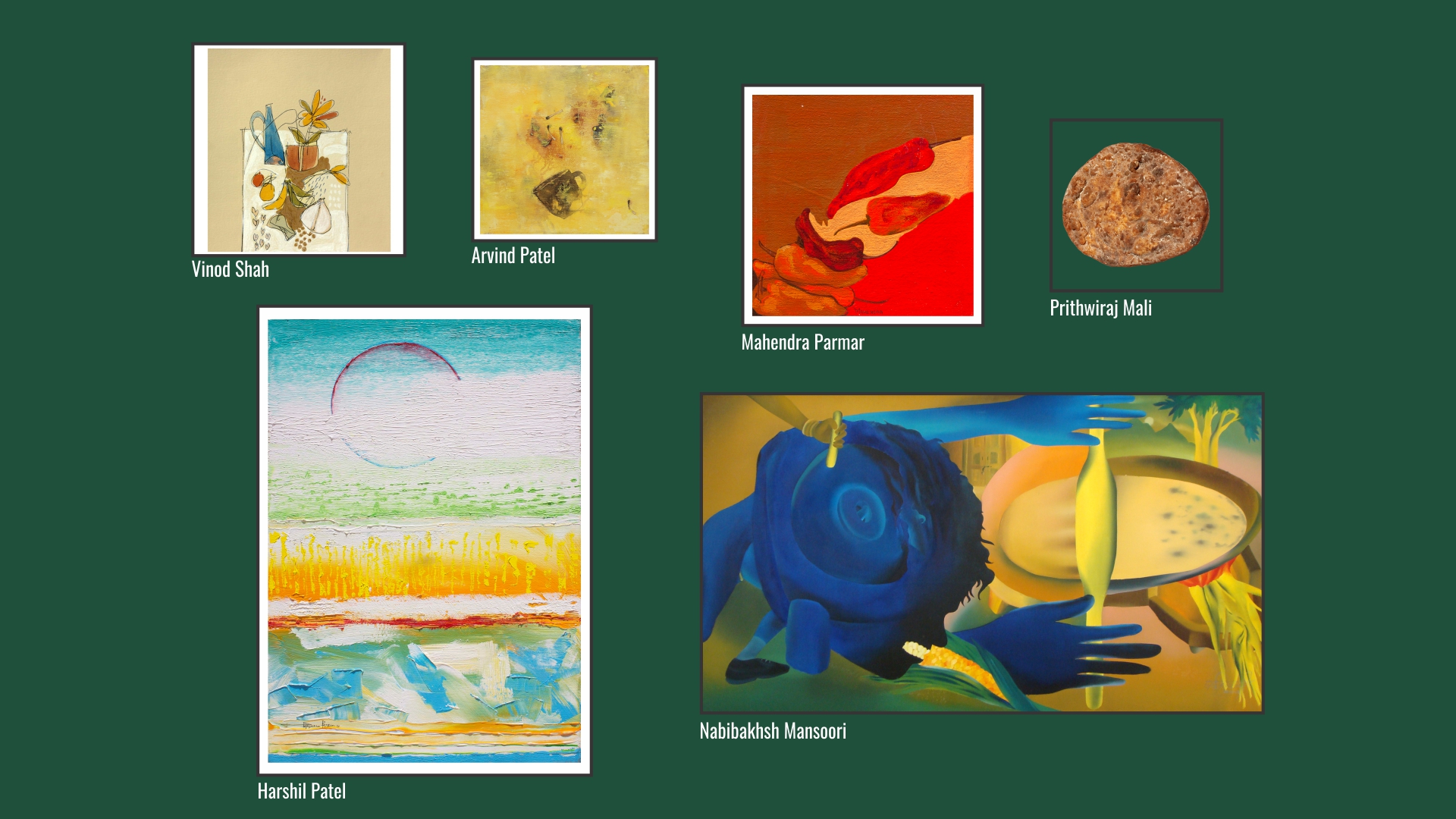 Leaving our family and especially a mother in service of one’s motherland is not an easy job. But, our army men do that with ease. Once they join their respective regiment there they meet their new family, a family away from family. A family where thousands of young soldiers have come from vibrant geographies, speaks various languages, worships individual faith and believes in contrasting food habits, rituals, customs, and traditions. Yet, they become family for one goal – to protect their motherland and its people.

A regiment of an Indian army is a symbol of community living setting an example of unity in diversity. A place where harmony, humanity, humility, endurance, and courage are a culture. They eat together and spend more time together than their real family. This warmth and brotherhood helps them in defeating any number of enemies on the battlefield.

They set an example for the society to understand the importance of unity and brotherhood and what all can be achieved through this inclusive approach. 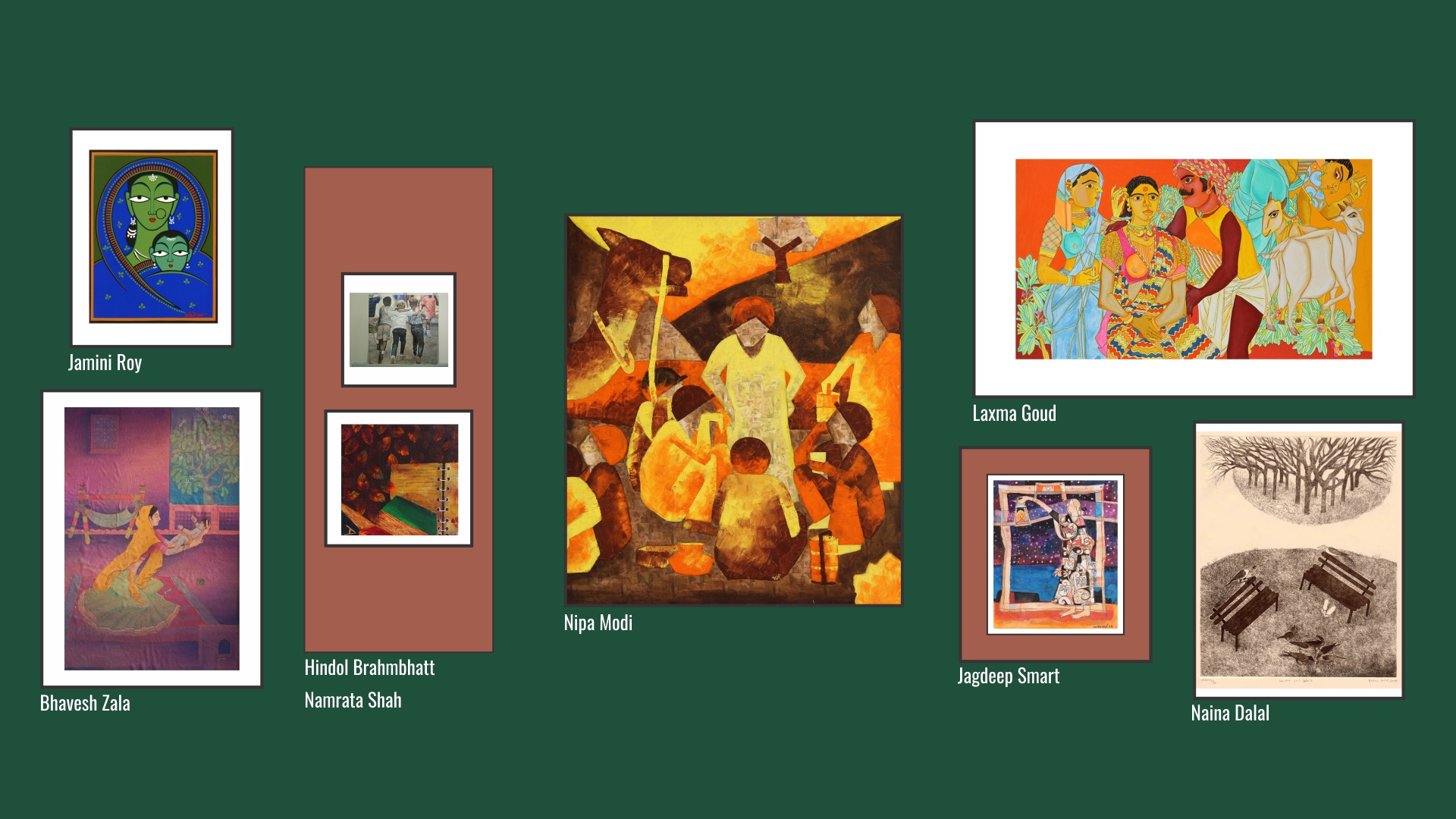 During our childhood, we all must have come across many incidents and stories depicting soldiers as hard-hearted with a strict attitude and never smiling approach. On the contrary, these men are highly emotional. It is these soldiers, who can hit their enemy like a beast, and at the same time cry for the loss of their colleague.

They understand and honour their professionalism over their own emotions that they don’t show it. To control your emotion requires high mental strength, dedication, and commitment towards a higher goal. With every good news of neutralizing the enemy or capturing their post, there is always bad news of losing out their colleagues. A mixed bag of emotions: love, hatred, anger, frustration, pride, satisfaction. Do we require a highly emotional strength here?

Love is the core of any soldier. Be it the supreme Love for the country for which he is ready to sacrifice his life and the love for his family with whom he stays away for months and years. If you win or face martyrdom, the only thing a soldier remembers is either his Motherland or his family. 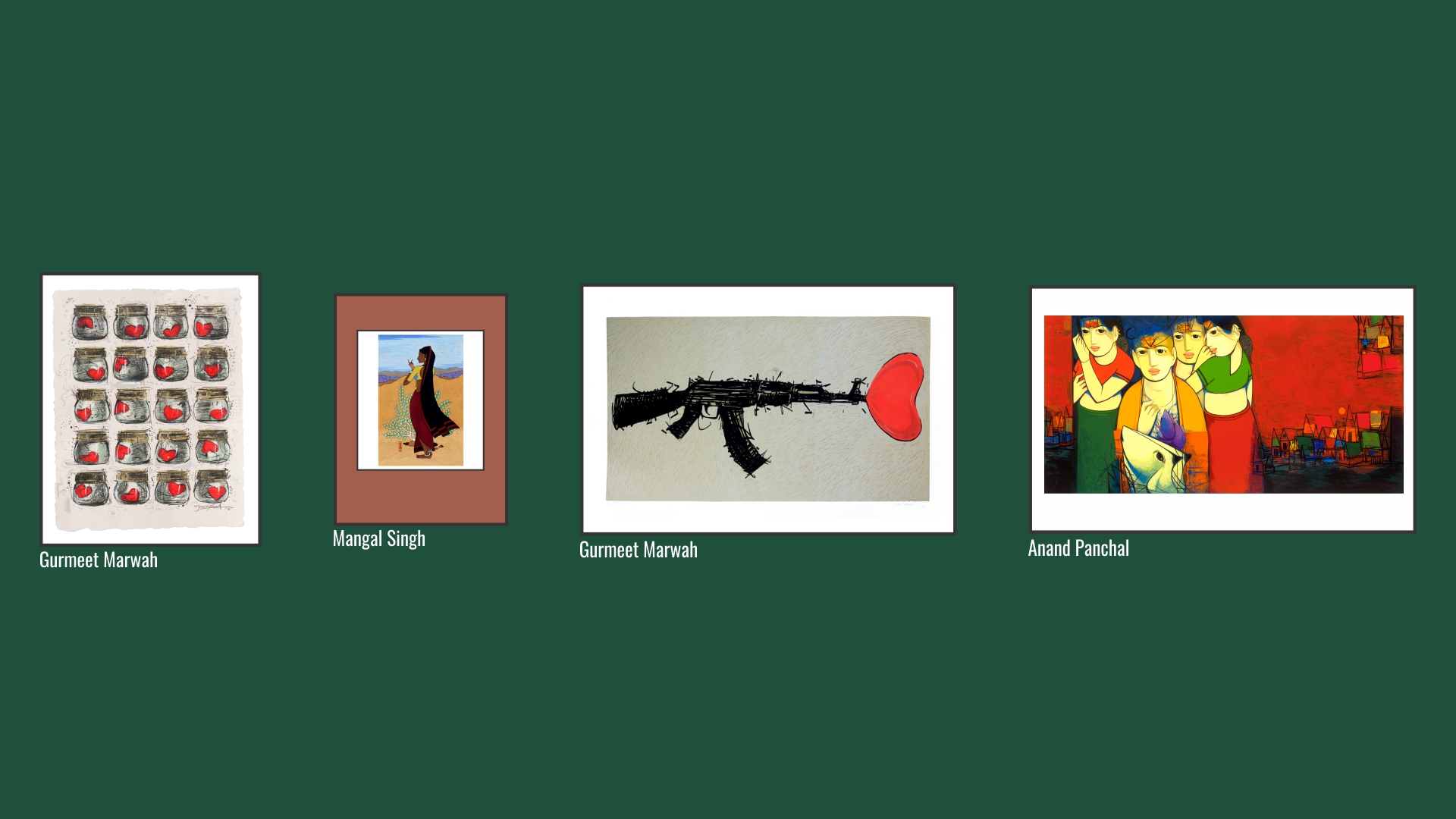 These brave soldiers live for the protection and honour of their land. The very motto of Rajputana rifles is ‘Veer Bhogya Vasundhara’ meaning land belongs to the brave. This very Nature has its own way to help and protect our brave heroes. At the same time, Indian armed forces have too adapted to the natural ecosystem very well. Our soldiers have situated themselves at every major and almost impossible location to fight and protect its land from the glaciers of Ladakh, to the deserts of Rajasthan, from the jungles of North East to the Indian Ocean coastal belt.

While it is Sunlight, they rest under a rock or a tree and under the moon when the clouds overshadow the moonlight they are protecting themselves from getting identified. At the same time, the bright moonlight helps to locate any movement of the enemy and the jungles give them shelter to hide and neutralized them. Nature inspires them to innovate using natural conditions. 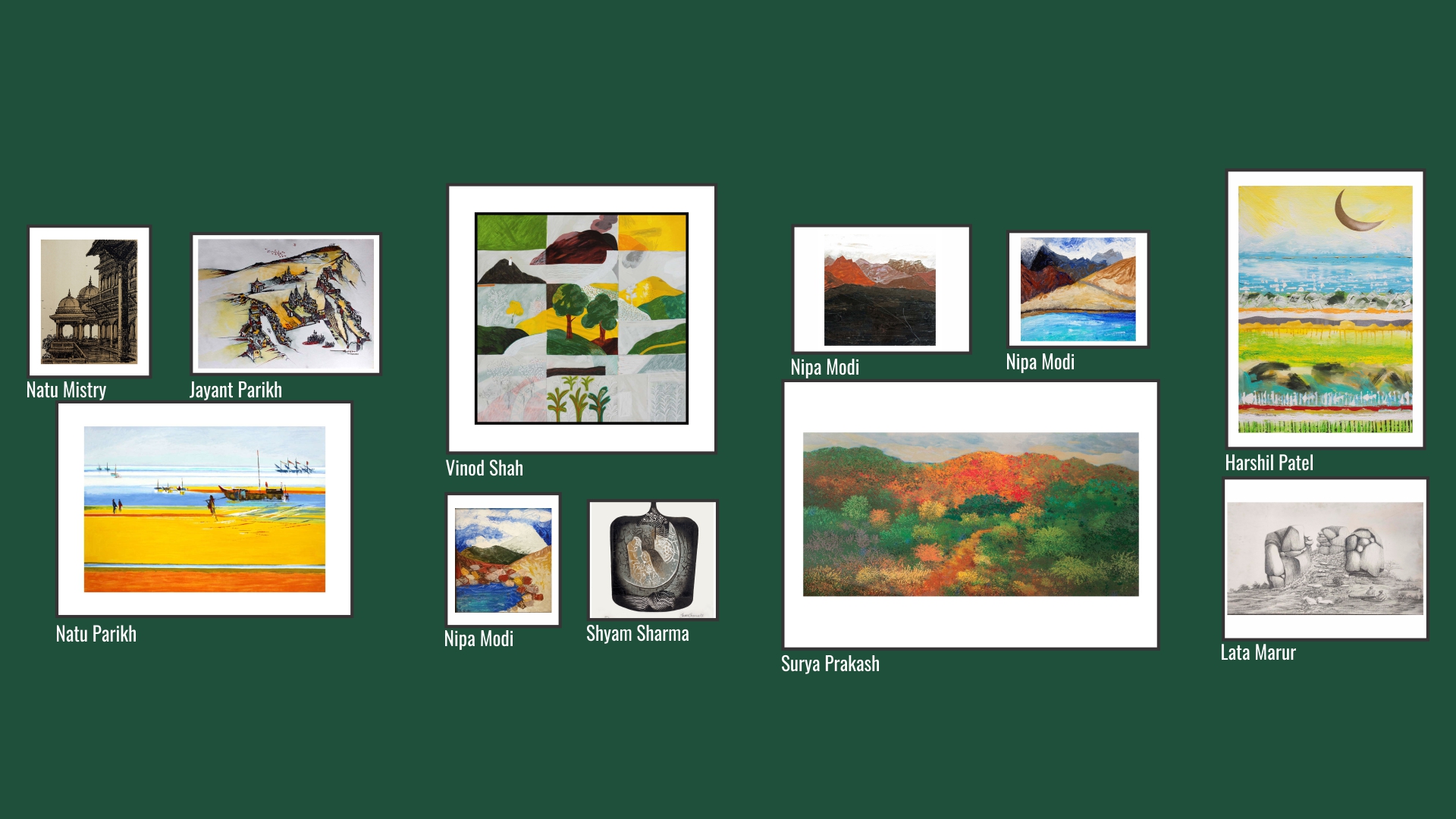 An army that worships nature and its ecosystem cannot forget the valuable contribution of animals in war. Every animal in the force is treated as a family and has its own value like any other human being. These animals symbolizes power, force, and strength.

Animals like Dogs provide their services through their strength of smelling things around whereas animals like Horses and Camels prove their loyalty to the nation by transporting arms, ammunition, and many times carrying military personnel to protect the borders. Just like a soldier can’t do without enough artillery, tanks, and missiles, they cannot do without the help of these kind creatures at every stage. There are several incidents where a soldier’s life is saved by the intelligence or sacrifice of an animal during the war. How the Indian army values these animals can be seen from the symbol of the Grenadiers regiment where the White Horse is shining as their logo. 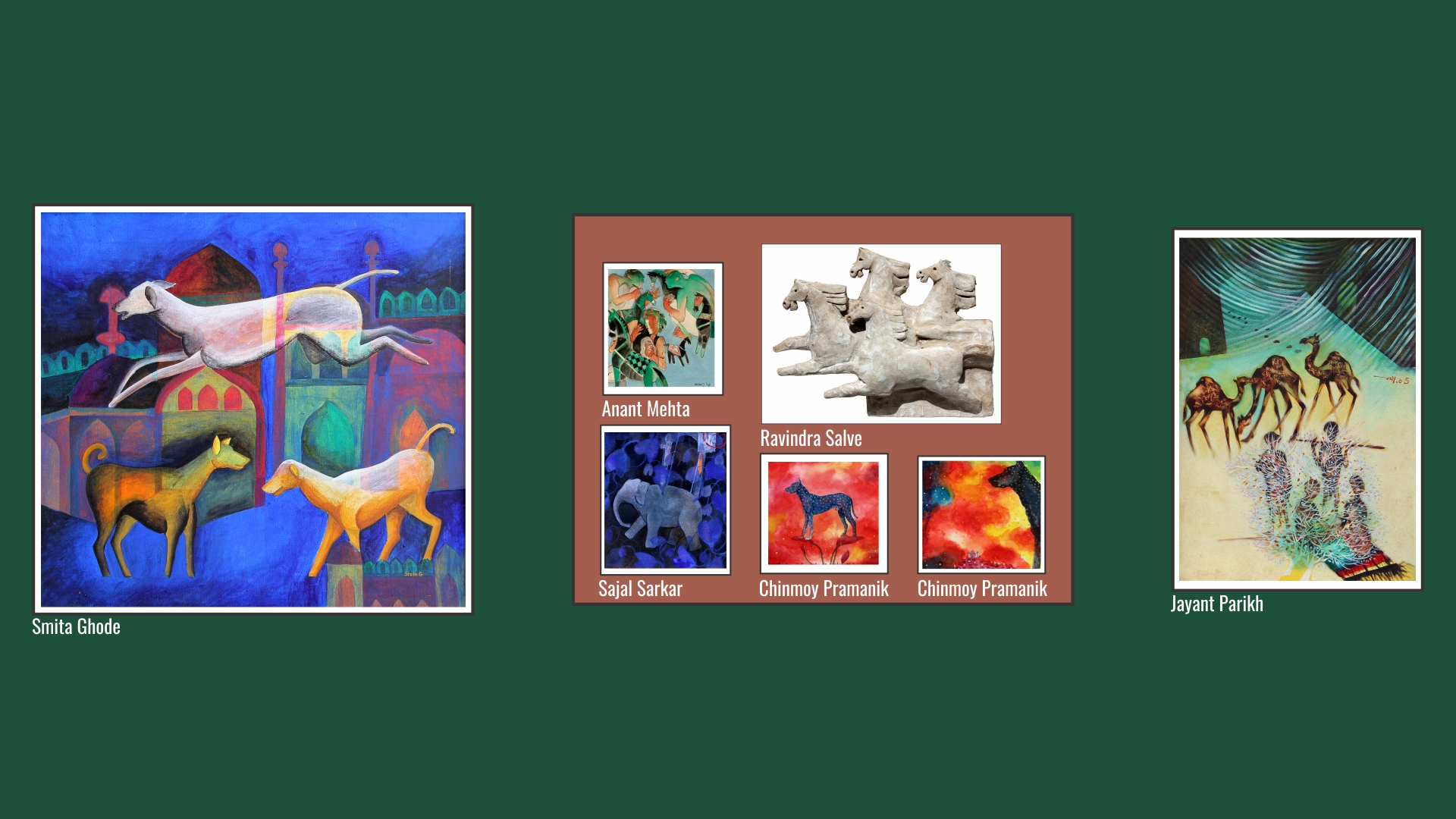 The never complaining attitude and the approach of embracing death for our motherland make us, the civilians take the martyrdom of army personnel for granted. We do realize their value, when any internal conflict or natural disaster arises or when an enemy country starts approaching our nation. All we think and trust is the Indian Armed Forces. We know we don’t need to worry because the world’s best army is there for us to take care of.

We, as a society at times, take their life and death for granted. We should be taught in schools, about, how, why, when, where of the Indian army and its braveheart soldiers. We can’t wait for another war to happen, and the stories of their bravery publish in media or a movie be released for us to understand their contribution to our nation.

It is important that places like Nadabet are developed, visited, and celebrated so we can learn about the Indian armed forces. We are thankful to the Indian armed forces, for their immense contribution to our lives, nation, people, our culture, and tradition. Just like our soldiers value the life of each civilian, it is our duty to honour and value their life.

To celebrate the power and heroic acts of the Indian armed forces is celebrating and honouring our existence. There is no greater love than in loving your country..! Let’s celebrate these Rakshaks in golden letters. And create the nationalist’s spirit within, the same energy and passion for Bharat Mata. 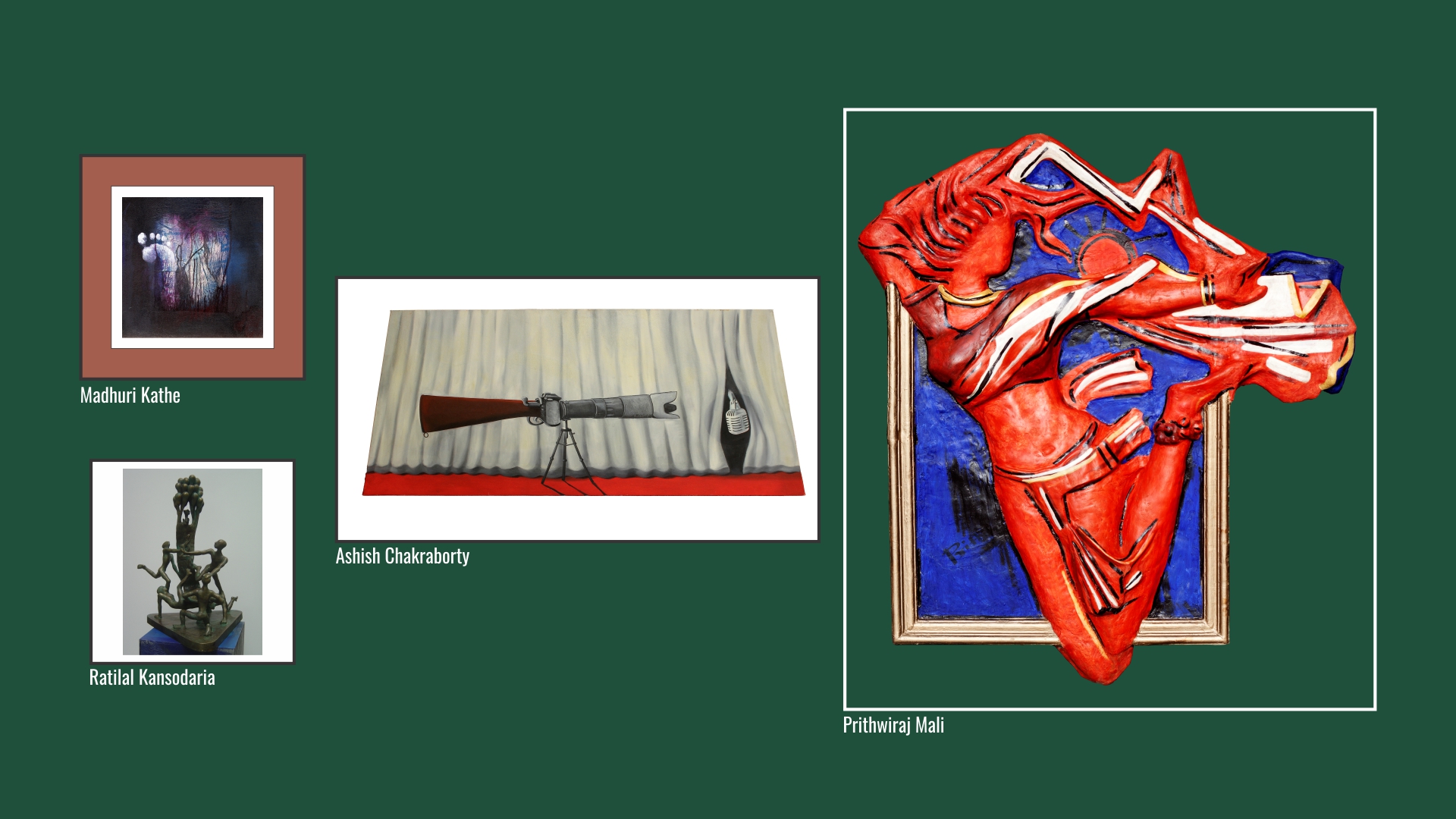 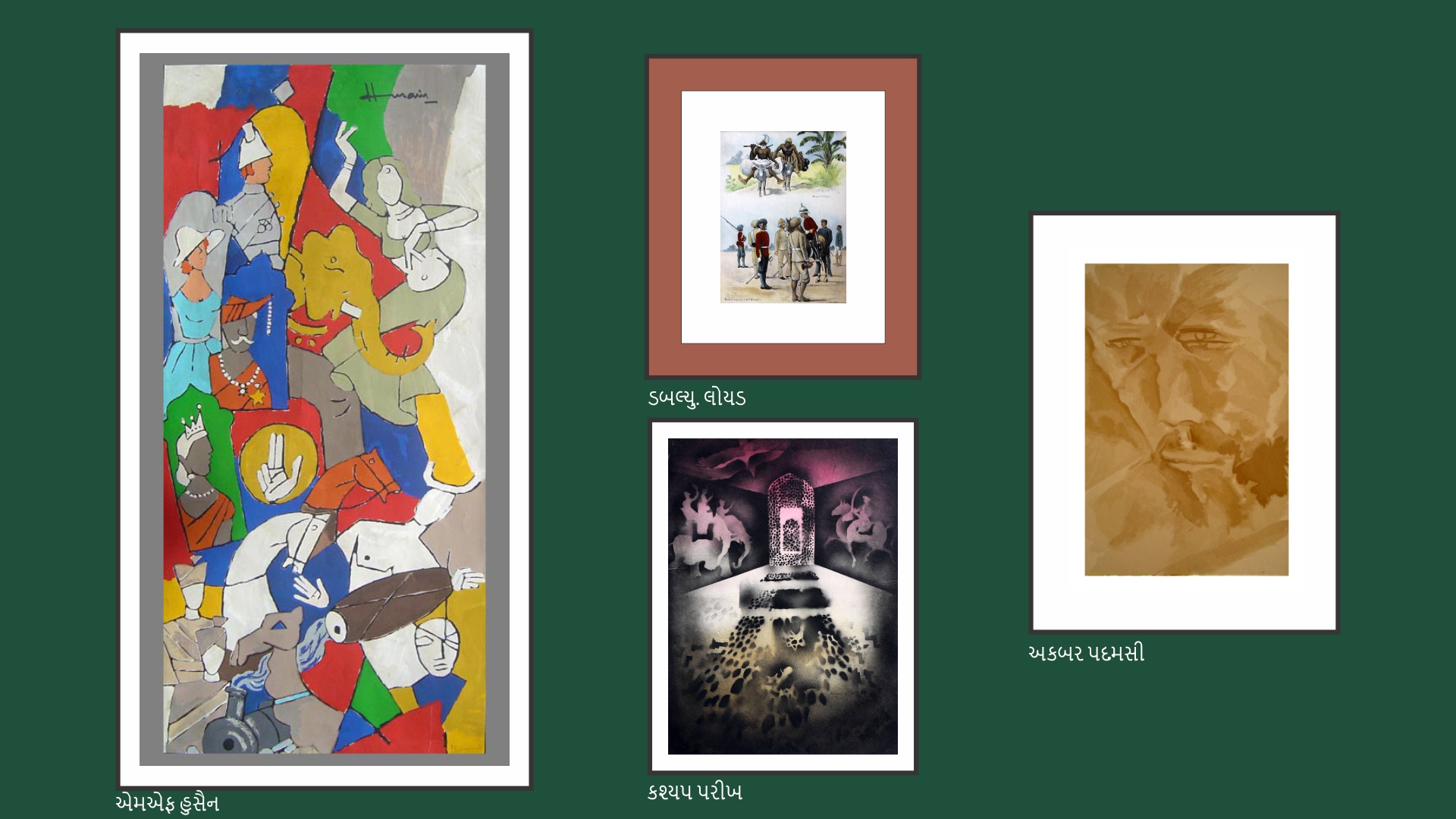 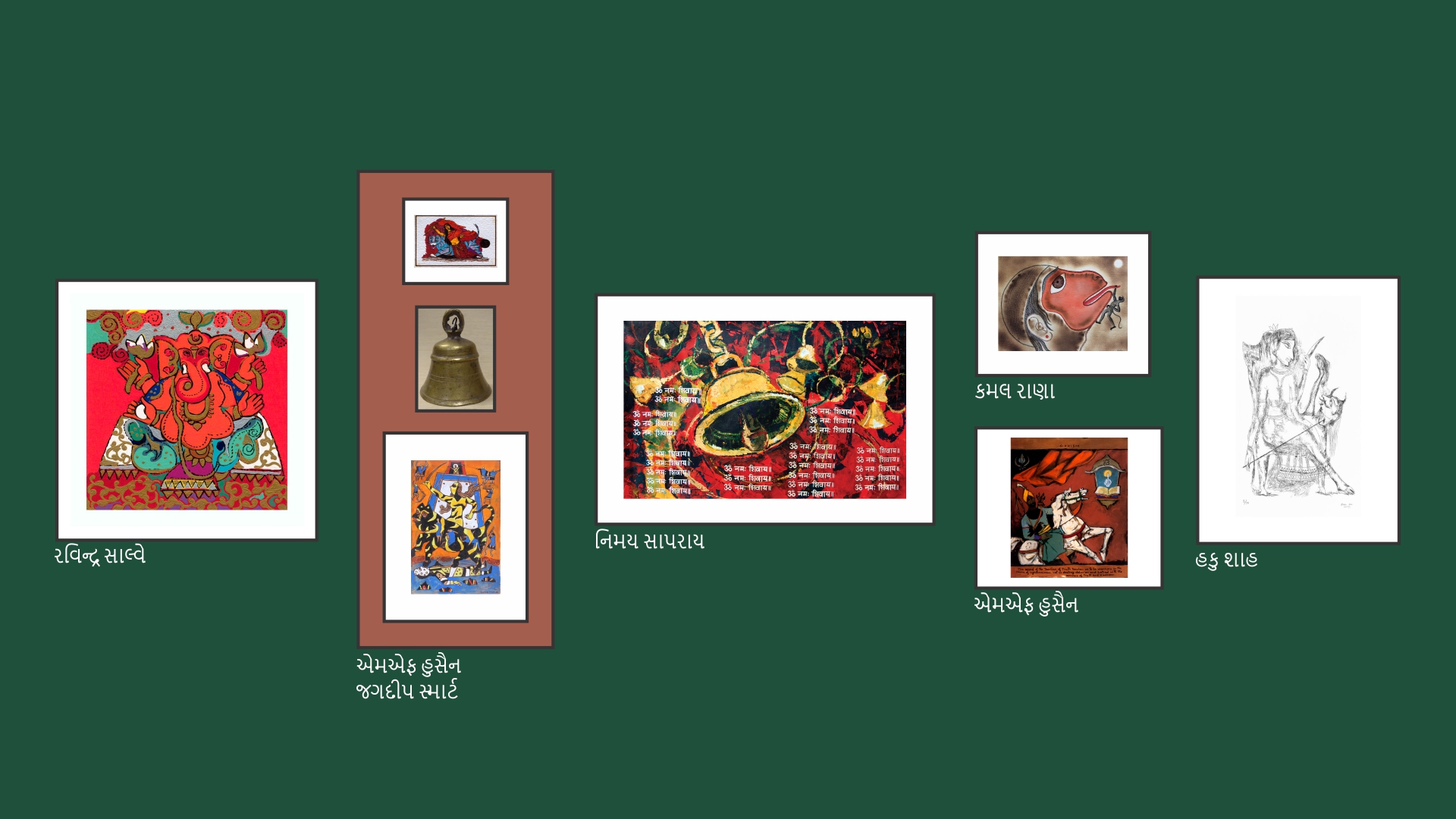 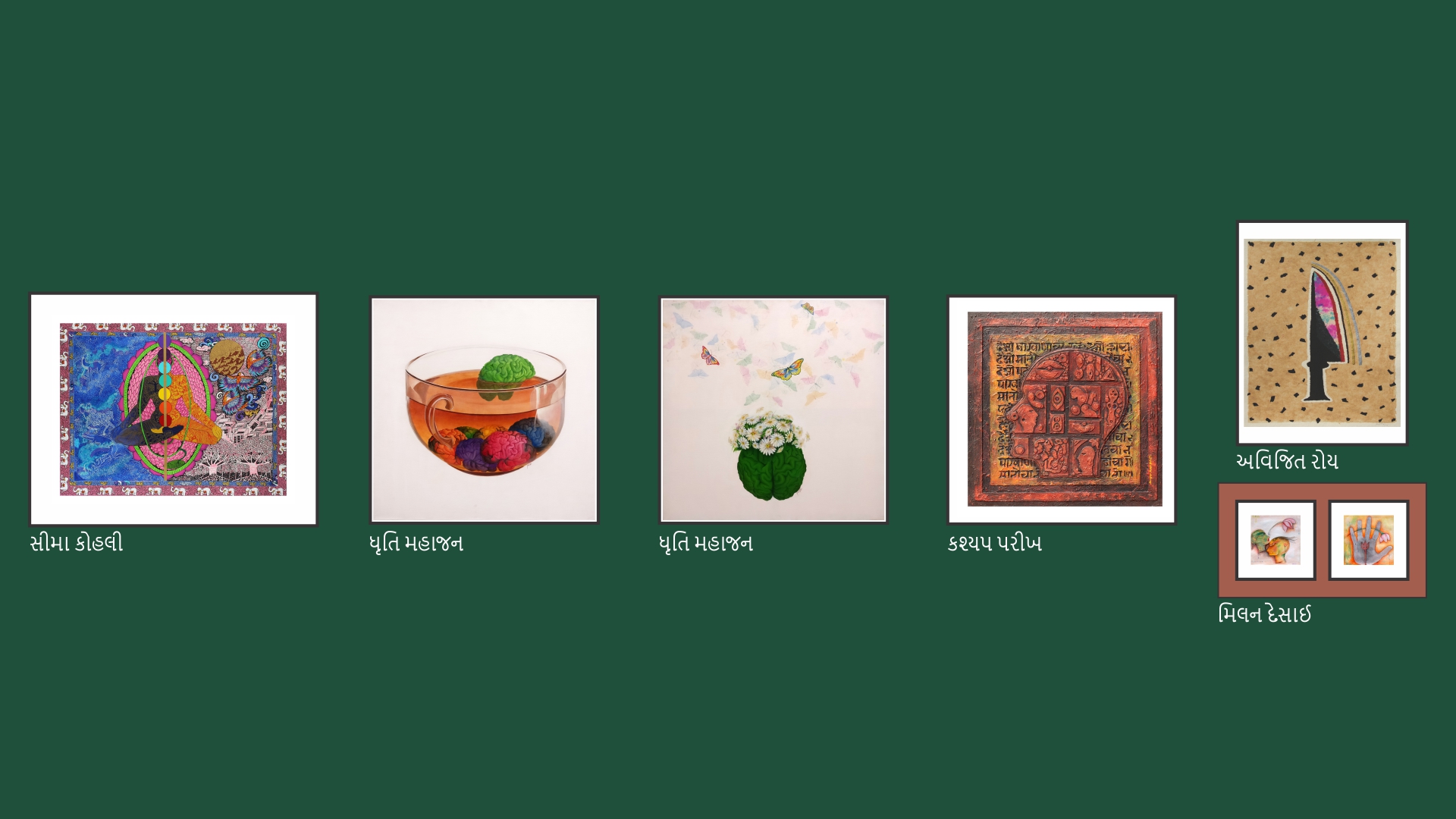 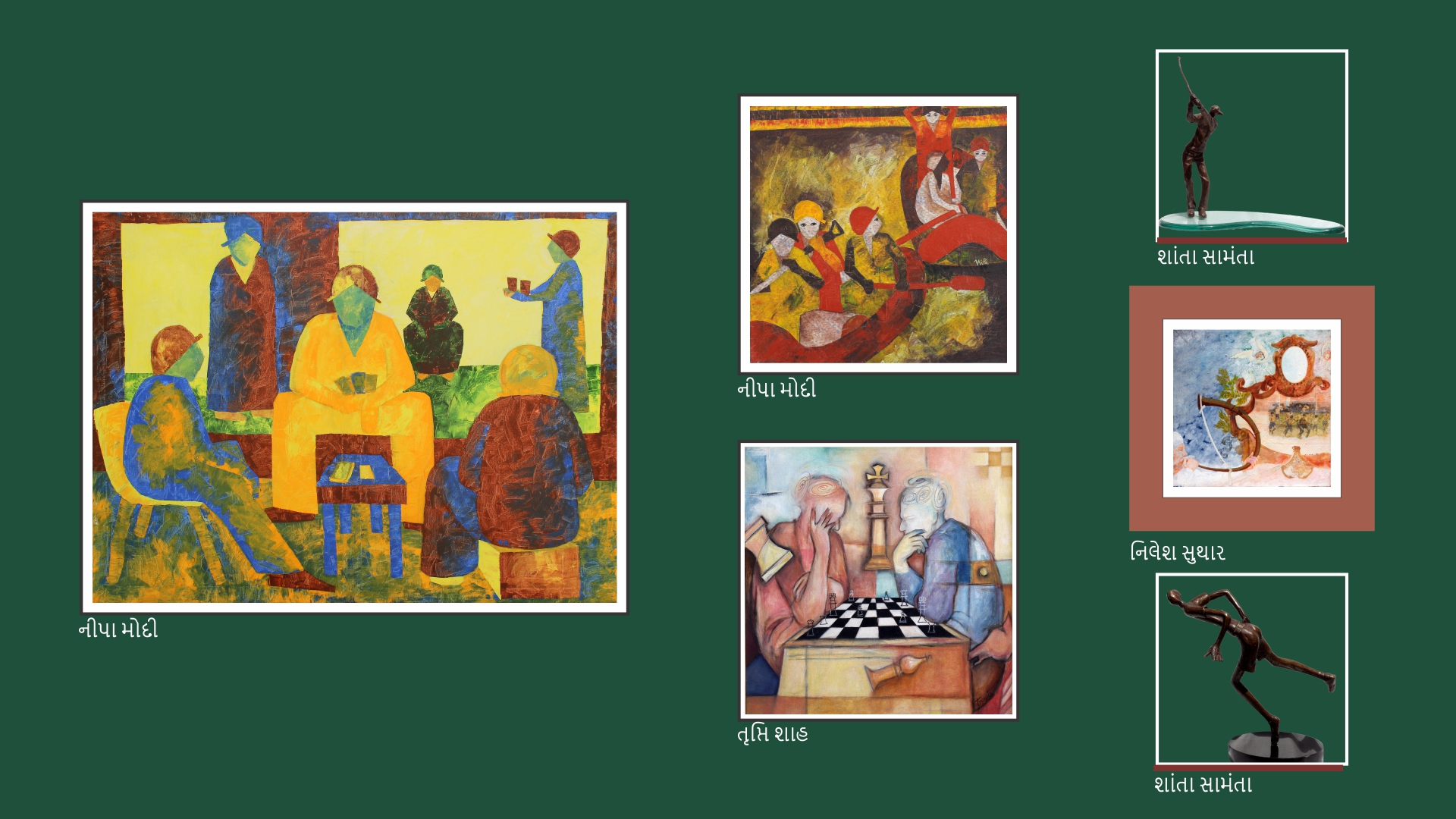 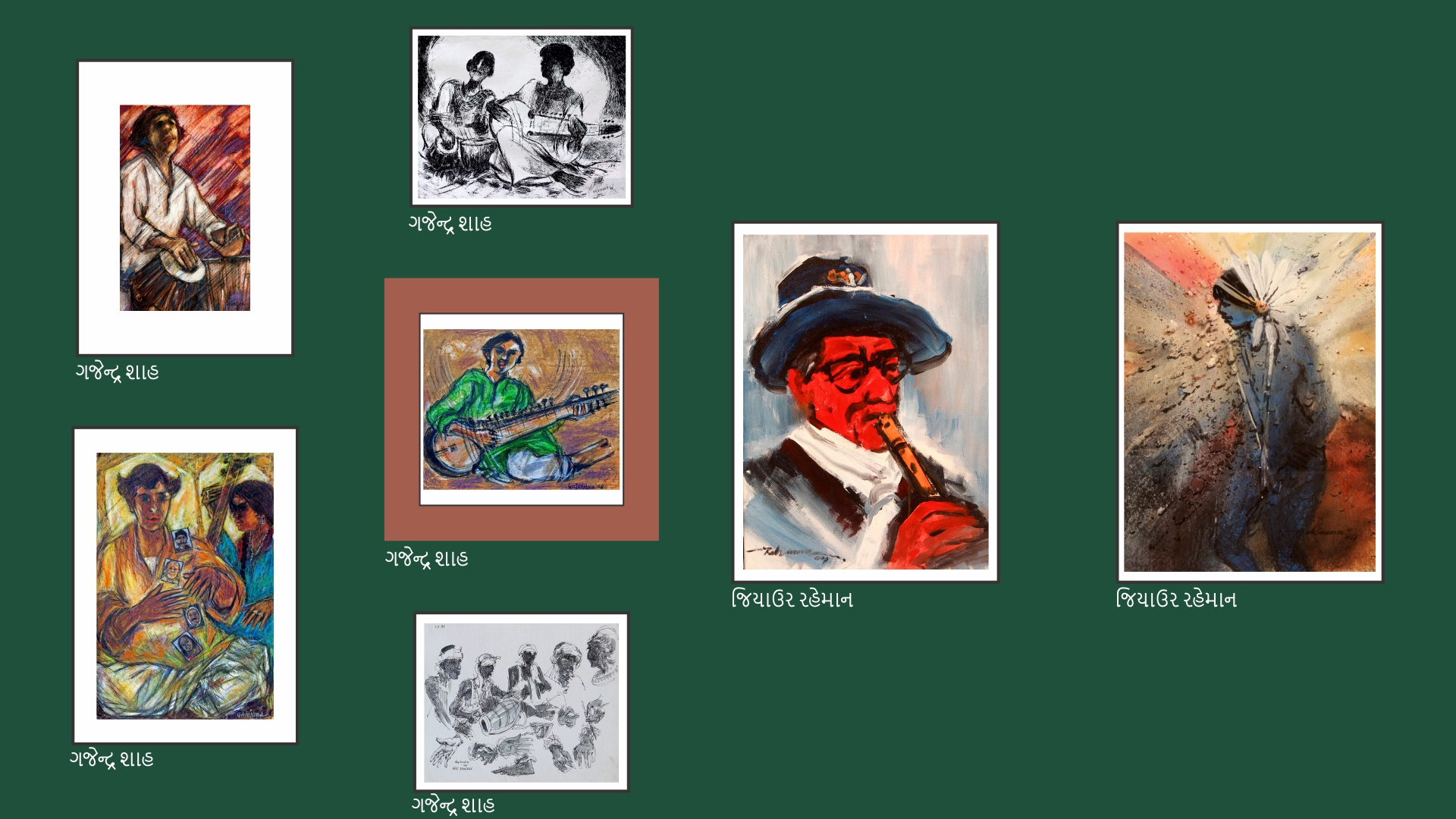 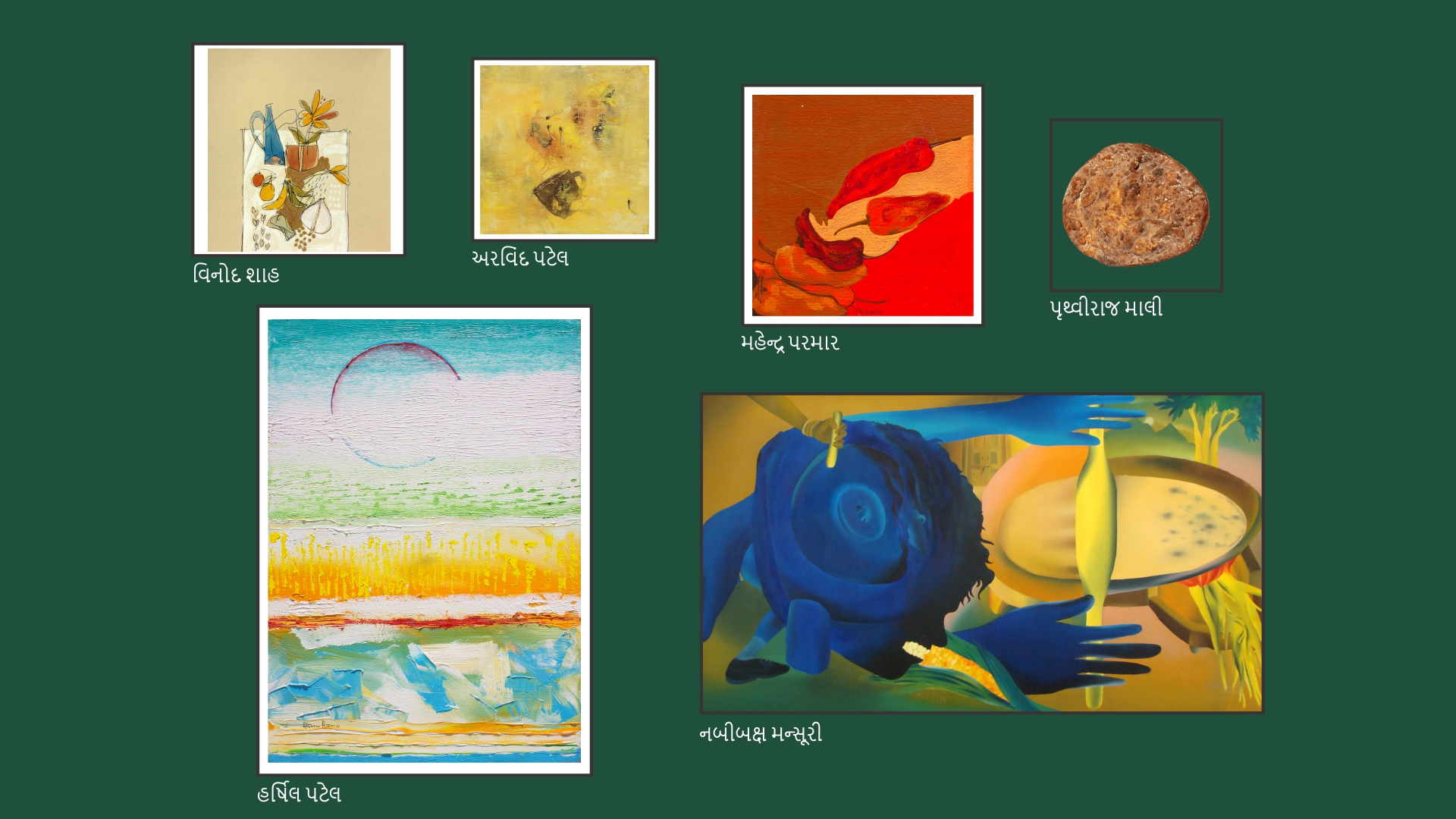 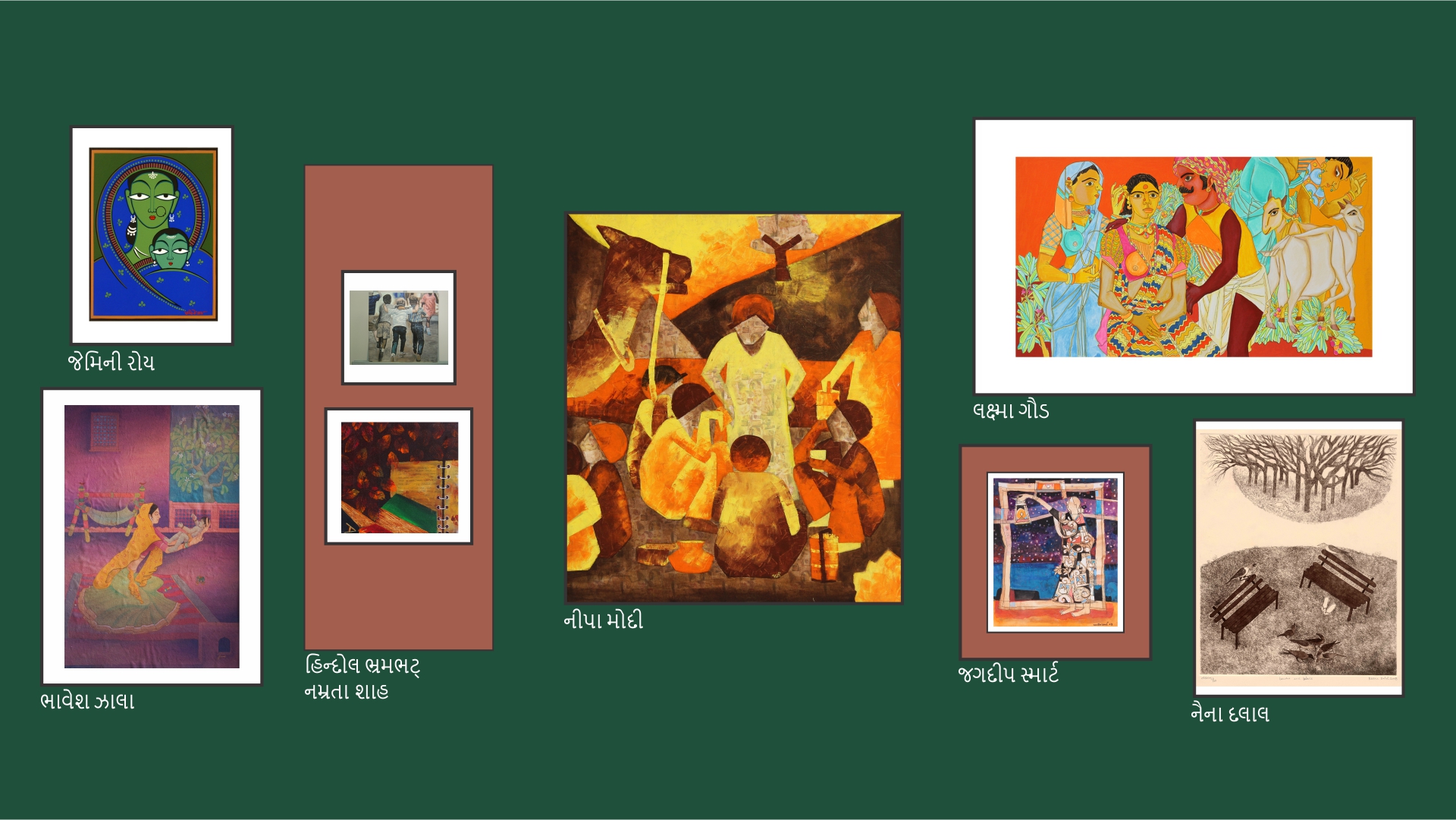 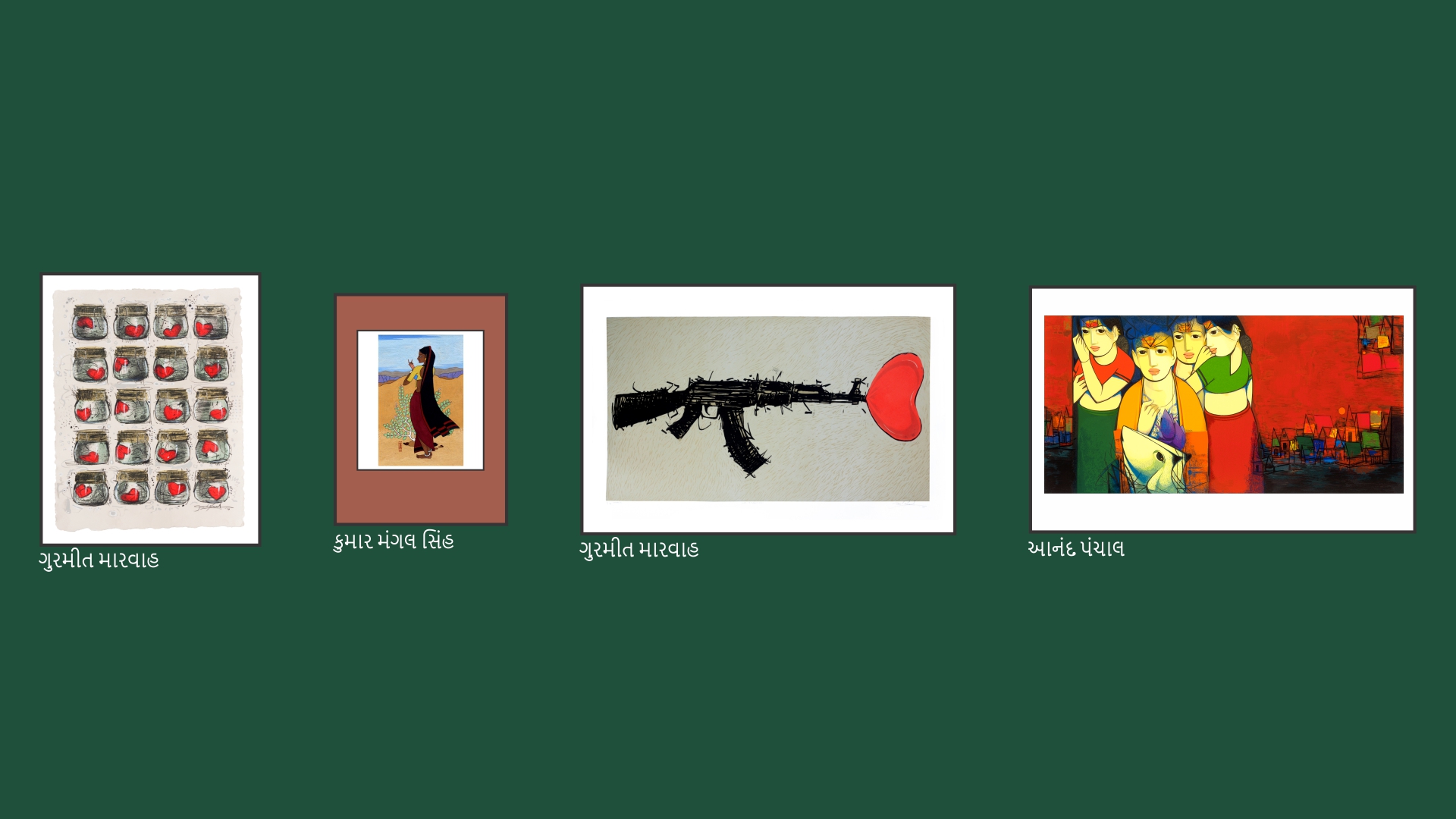 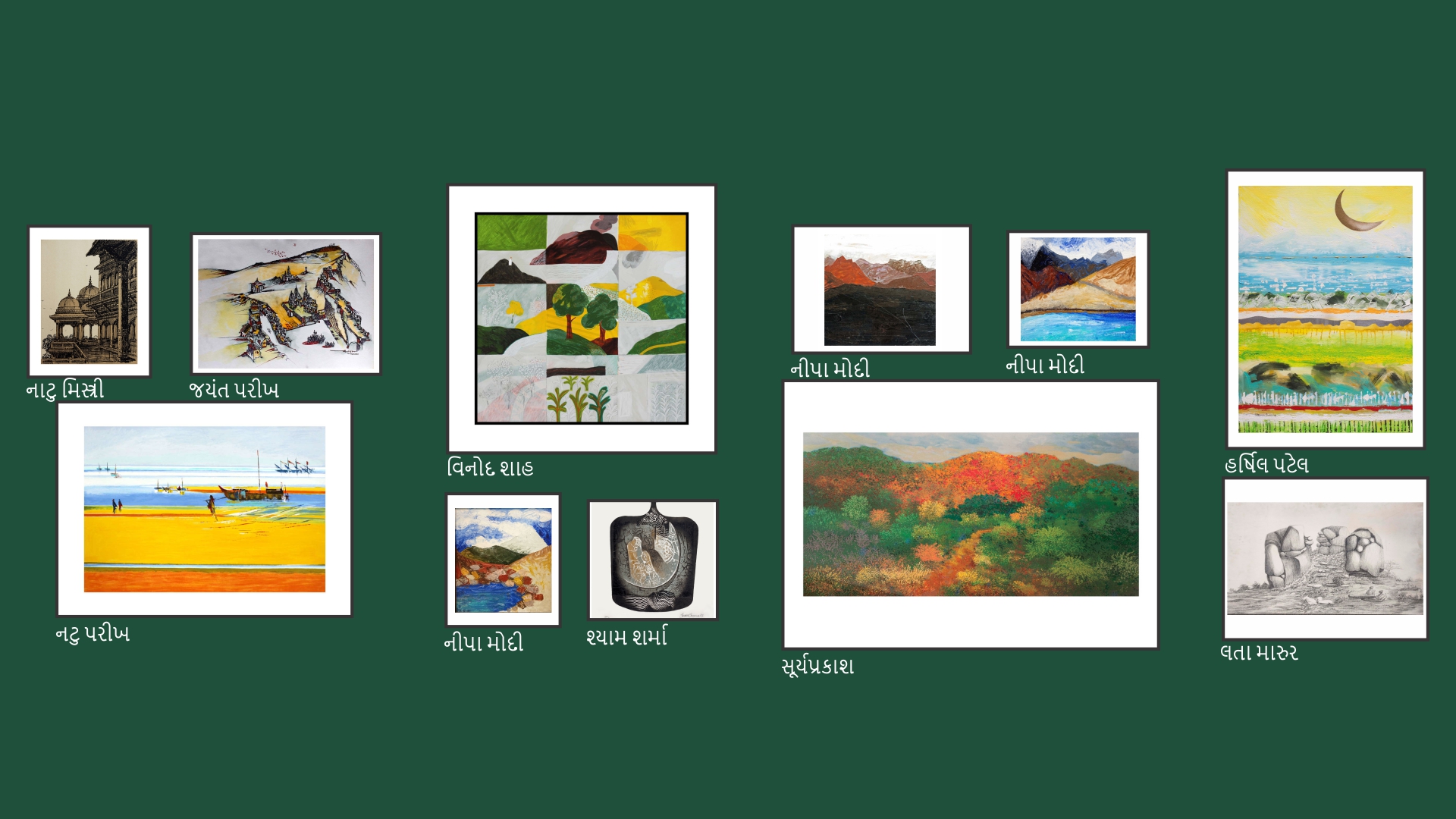 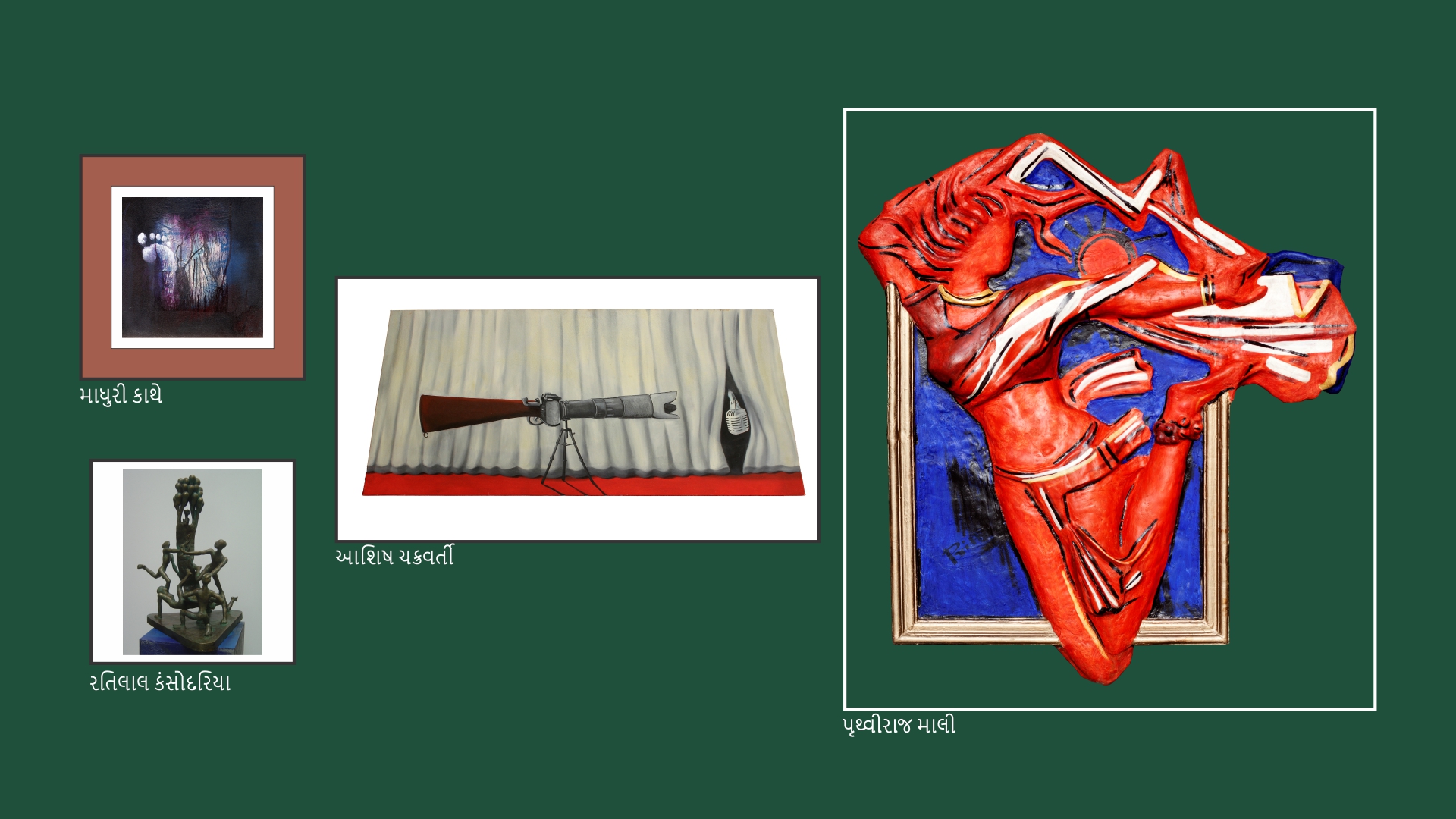 Experience The Guardians At The Edge :

Photos and Text © A Diary of a Curator ®

10 Reasons Why I Wrote ‘The Conductor’

10 Reasons Why I Wrote ‘The Conductor’

The Status of Indian Democracy in 2020